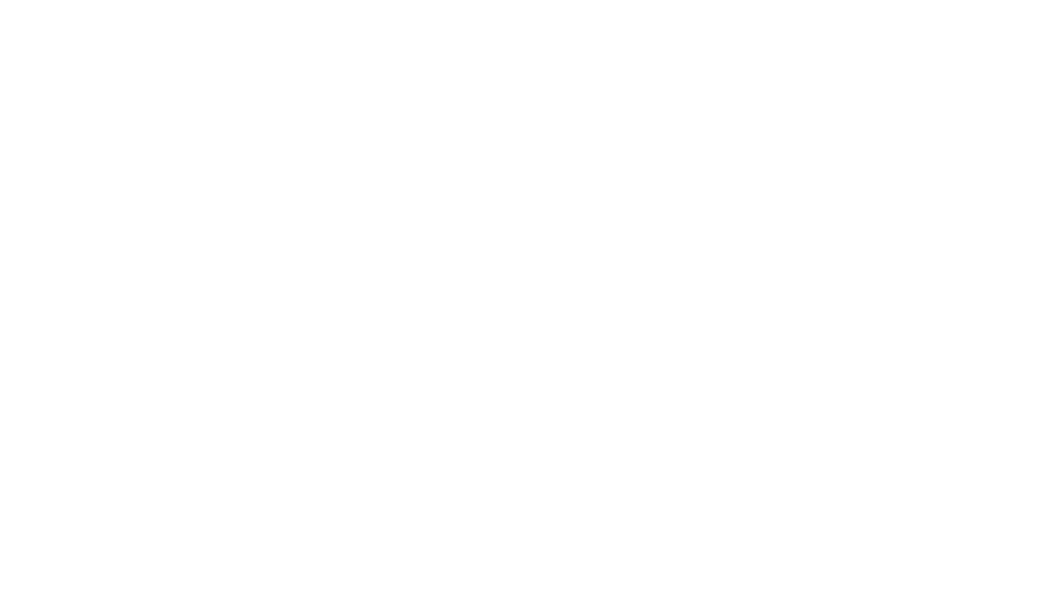 Santa Luzia Hammocks and Decoration We produce Hammocks and Textile products in an ethical, responsible and sustainable manner, with the use of organic colour cotton and recycled cotton yarn Santa Luzia Hammocks and Textiles appeared in the Brazilian Northeast, in the backlands of Paraiba, to promote the welfare of the people. For the past 30 years we have been developing hammocks and decorative products such as placemats, blankets, pillows, bedding and curtains, all in order to generate satisfaction and comfort to customers. Our mission is to offer a diverse line of textiles and yarn produced ethically and responsibly. We use as raw material organic coloured cotton and recycled cotton/PET, focusing on environmental sustainability. Connoisseurs of the value of craftwork and the talent of local artisans, we enrich our creations with handicrafts. Thus, we ensure the social responsibility cycle by bringing in the work of artisans from various towns, up to 400 km away from the factory. From the agriculture of cotton, farmed by local families, to the production of small craft From the agriculture of cotton, farmed by local families, to the production of small craft details, we strive to ensure that the country folk can stay on the land, keep their roots and traditions, preventing rural exodus caused by lack of income to sustain their families. Thus, our challenge in the textile market is to maintain a sustainable production chain to create quality pieces, supporting environmental conservation. We stress our belief that quality of life starts from the involvement of the community, the practice of ethical production and the promotion of responsible consumption. SUSTAINABILITY: PRODUCTION CHAIN
Respect for the environment has gained tremendous importance in the consumption of textile products. Santa Luzia Hammocks and Textiles is proud to offer sustainable and distinctive design decoration items since the beginning. Our products use organic cotton and recycled yarns which are woven and ﬁnished with artisan techniques such as macramé, crochet and renaissance lace made by efﬁcient and talented groups of local artisans. Thus, located in the hinterland of the State of Paraíba, in northeastern Brazil, Santa Luzia Hammocks and Textiles guarantees its production through a genuine sustainable supply chain based on weaving colorful agroecological cotton yarn (whose coop is grown with with colors ) and cotton recycled cotton/PET yarn. The fabrics are transformed into hammocks and articles for decoration. With this environmentally and socially sustainable production we ensure employment and direct and indirect income for over 400 families, including farmers, weavers, lace makers and other artisans of rural settlements, associations and communities. COLOURED ORGANIC COTTON The cotton is naturally grown with the colour, without the use of additives or colorants—there is no need for dyeing. The variety was developed by Cotton EMBRAPA through agroecological farming. In this system, insecticides, herbicides, fungicides and other industrial chemical products capable of polluting the soil and water may not be used. Therefore, the farmer does not handle toxic chemicals harmful to their health and the environment. The coloured cotton from Paraíba, in northeastern Brazil, is a product of family farming, mainly planted in settlements and communities. It is grown with guaranteed purchase by Santa Luzia Hammocks and Textiles directly from the farmer, with no middlemen interference, which ensures a fair price for both the farmer and the buyer. RECYCLED YARN One of the main environmental problems in contemporary society is the generation of waste. So, we choose recycled cotton for the manufacture of our products. The wire used in Santa Luzia Hammocks and Textiles is the result of an industrial recycling process. The cotton is heckled from leftovers and scraps from the clothing industry (already separated by color to avoid dyeing). This waste is harnessed to produce new yarn, which to gain strength, is spun again with shredded PET bottles. Thus, new Cotton/PET yarn is gain strength, is spun again with shredded PET bottles. Thus, new Cotton/PET yarn is produced. The art of Santa Luzia Hammocks and Textiles is to turn these threads into new textile products, including hammocks and all decoration line. Among our reasons for choosing recycled Cotton/PET yarn, we highlight:

In the Creative Economy, Craftwork is a sector that contributes with the expression and cultural preservation presenting to the market the aesthetic values and identity of a people. In São Bento, Paraiba, the textile production carried out in Santa Luzia Hammocks and Decoration in manual and mechanical looms – with handcrafted finishes – brought Sir Armando Dantas, executive of the company, the “Recognition of Excellence in Handicraft of the Southern Cone” award.

The award was given by the World Crafts Council (WCC) with support, protection and recommendation from the United Nations Educational, Scientific and Cultural Organization (UNESCO). As an international organization, Unesco is a reference for the global vision of the socio-cultural and economic role of handicrafts in society.

The selected artisan products meet the following criteria and conditions: the award recognizes that a craft product (or product line) follows the criteria of technical quality, innovation, cultural bond and production with respect to the environment. Another criterion is the possibility of the product being marketed internationally.

Who presented the handcrafted products of the State of Paraíba for the selection was M. Eduardo Barroso. As a consultant and coordinator of the city’s João Pessoa Creative City program, he was present at the Assembly of the World Council of Handicrafts, held in Uruguay, whose programming included the selection of handicraft products from the Southern Cone countries: Brazil, Argentina, Paraguay, Uruguay and Chile.

Focusing on sustainability, the award-winning hammock was developed in Paraiba using colored organic cotton. The certified cotton pen is already born with shades ranging from beige to brown, without the use of additives or dyes. The cultivation of the raw material is done without irrigation in the semi-arid region in rural settlement. As there is no dyeing, the impact on the water economy is 87.5% in the production chain, according to the Brazilian Agricultural Research Company – Embrapa. The contract is a guaranteed purchase so that farmers and their families can stay in the field, maintaining their traditions and living in a dignified way.

Mr. Dantas received the news with emotion. “The sensation is of overcoming. We have dreams. We have cause. We are insistent. We went through a crisis and it was very difficult, but in a collective decision we set the goal of being the best in our industry and everyone engaged. The award is a validation that our efforts were not in vain”

Excellence as a result of innovation

Mr. Barroso explains that the award is made every three or four years, with no predetermined date. The recognition is given by region such as Andean countries, Central America and the Caribbean, Northern Europe, Asia, among others. According to the consultant is not a design award. “It is about recognizing excellence in the execution of artisanal work,” he says.

For Mr. Armando Dantas the recognition of excellence in execution is also the result of investment in innovation. When he was advised to adapt the TexBrasil export program of the Brazilian Association of the Textile and Apparel Industry – ABIT, Mr. Armando was warned that artisanal work on its products would be even more valued abroad. “We used to make handicrafts, but the consultancy has broadened our vision of the market,” he says. Thus, with the support of the SEBRAE, Mr. Armando Dantas kept the focus on developing products aligned with the decoration sector by investing in design, to ensure productivity, and in marketing, to increase demand. ¬¬ “Marketing has helped reach the market by communicating our creative and productive capacity in the creation and development of handcrafted and sustainable furniture and decoration products,” he says.

In this way, Mr. Dantas, who for 32 years sold hammocks door-to-door, now exports to Europe, North America and Africa. He is one of those responsible for São Bento City being known as the “international capital of the hammocks” and for keeping alive several manual techniques in the region and in the surroundings. In addition to the Santa Luzia Hammocks and Decoration textile factory, the artisanal production involves 400 families from the Paraíba hinterland. In the finishes are used macramé, lace, crochet, fuxico, patchwork, among other techniques made exclusively by hand.

The work of Mr Dantas at the head of the textile factory proposes the rescue of regional vocations, the preservation of the local culture, the promotion of family farming and the stimulus to entrepreneurship – enabling craftsmen to market. Excellence in execution, as a result of the engagement of those involved in the process, has now been officially recognized, contributing to the acceptance of its products in the internal and external markets.

In total, 20 handicrafts from the five countries were awarded. Of Brazil, of the four winning products, three are from Paraíba. In addition to Mr Armando Dantas from the Santa Luzia Hammocks and Decoration, the craftsmen Joaquim da Silva Neto (Joca from Galos) were awarded with a bunch of leaves of fanders (cans) and Fernando Valentim (Mestre Valentim) with a marquetry bottle. Another product that gained recognition was a basket of Jalapão’s golden grass in the state of Tocantins.

The award “Recognition of the Southern Cone’s Artisan Excellence” was presented by Mr Alberto Bertolaza, president of the World Council of Handicrafts for Latin America (2010-2018) – coming from Uruguay especially for the closing of the International Fair of Creative Economy of João Pessoa, coordinated by Mr Barroso. The ceremony was attended by Mr Idrassen Vencatachelum, director of the International Craft Development Network, Miss Maísa Cartaxo, first lady of João Pessoa city , and Miss Regina Amorim, Sebrae Paraíba’s Tourism Manager.

“This recognition means a lot to us artisans. I started life as a street seller, I have an artisan’s portfolio and a lot of pride in this story that today generates jobs and helps in the development of the Creative Economy in João Pessoa city and also in the city of São Bento” says Mr Dantas, of Santa Luzia Hammocks and Decoration , who spoke on behalf of the winners.

Don’t miss out on the latest new products,
special offers, and more...
Sign up to our newsletter now and receive
10% off your next purchase